Saudi Arabia has returned 227 Bangladeshis in one day. On Saturday, 5 workers returned to the country at midnight and 3 in the afternoon. On this day of this year, 1 thousand 4 Bangladeshi returned from Saudi Arabia.

Shamim (1) of Agailjhara Upazila of Barisal district on Saturday said he had gone to Saudi Arabia only three months ago with a driving visa after spending Tk 3 lakh. After working there for two months, he got no salary. Later, the investor arranges for work at another place if requested. Police arrested Shamim while he was working there. The convoy didn’t take responsibility.

Narsingandir said. Mintu Mia went to Saudi for a cleaner job five months ago, spending four lakh rupees. Police arrested him on his way home from work. Even after showing Akama, he has to return home.

Shahin Sardar of Patuakhali, Md. Ashraful, Md. Suman and Shafiq, Salauddin of Narsingandi, Aminul of Manikganj, Mamun Kabir of Munshiganj and many others have returned. They have to return in less than a year.

Head of BRAC Immigration Program Shariful Hasan said the returning workers had complained repeatedly that the brokers and the recruiting agencies had given different dreams to each of them. But they went to Saudi Arabia with many problems. Many did not get paid. Many have returned within a few months of moving to Saudi Arabia.

According to the expatriate welfare desk, a total of 5,700 workers returned to the country in 20 years. Of these, 25 thousand 5 people from Saudi Arabia, 6 thousand 5 from Malaysia, six thousand 3 from the UAE, seven thousand 7 from Oman, two thousand 1220 from Maldives, two thousand from Qatar, one from Bahrain. Thousands and 3 from Kuwait have returned empty-handed.

Shariful Hasan said, when anyone goes abroad, the relatives are happy. But he does not stay that way with the returning people. Even family members speak their harsh words. But this time everyone should stand by their side. We are not only fulfilling the duty of returning expatriates by providing assistance at the airport; they are also seeking counseling, skills training and financially support so that they can turn around.

Government and non-governmental organizations must work together. Besides, the recruiting agency has to take responsibility so that no one can go back to zero. The embassy and the government will also have to look into the issues. Specifically, fraud should be stopped in the name of free visa. 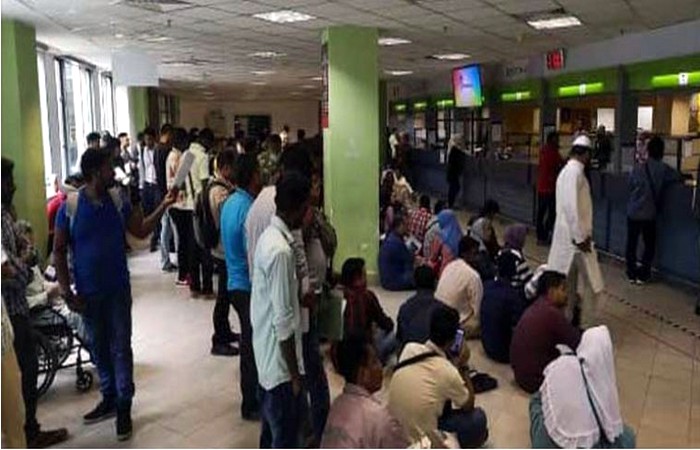