BNP Senior Joint Secretary General Ruhul Kabir Rizvi called Khaleda Zia’s release a “death story”. The government has decided to release Khaleda Zia, Rizvi said in a press briefing on Tuesday afternoon (March 27th), after responding to the announcement by law minister Anisul Haq that he had received an immediate response. However, soon after the mistake was corrected, the release news.

Rizvi was in the Bangabandhu Sheikh Mujibur Rahman Medical University area after the decision to release Khaleda. He spoke to journalists there.

Rizvi said, “We will ask the BNP leaders and the countrymen to remain calm.” In this calamity, people will see that they are not in any kind of trouble so that they do not have any difficulty.

Begum Khaleda Zia, the chairperson of the BNP, has been in jail for almost two years, 6 months and 5 days and has been in the hospital for almost a year, how do you see this release decision today? In response to such a question, Rizvi said, “I see it as positive. We think that the reason why Khaleda Zia was sentenced to patriotism had no basis, she did not have any authority. Today, the good sense of government has emerged, which we think is a positive aspect.

“Apart from this, we will also say that our leaders, party leaders, countrymen will be content with the news of the death of their beloved leader, this release, this release,” he said. And they will pray to God that the pestilence has spread so that it does not spread, it is expelled quickly.

Earlier on the release of Begum Zia, the law minister said that Khaleda Zia’s sentence was suspended for six months on the orders of the prime minister on the condition of not moving abroad. At this time, he has to get treatment from home. Considering the age of Begum Khaleda Zia, the government has decided to suspend the sentence for humanitarian reasons.

He also said that he could get treatment even at the hospital. But he has to get treatment from his own home in Dhaka and he cannot go abroad at this time. The order will be effective only if the Home Ministry releases him. 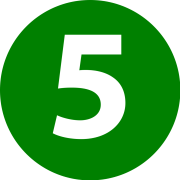