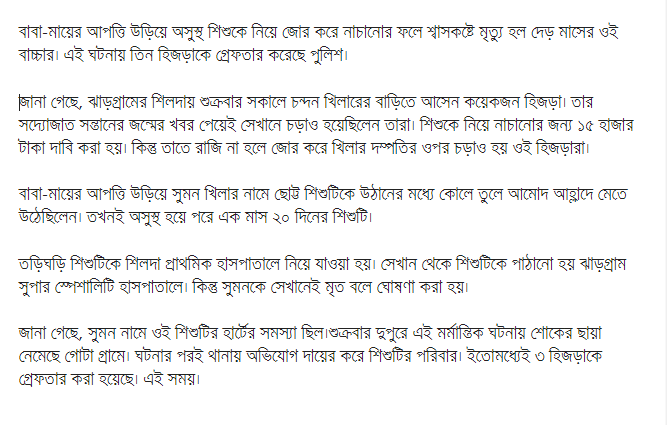 There have been multiple allegations against them at different times, but the Hijras have not stopped the process of raising their children. The events that took place in Jhargram, India, have ruined all previous events.

The child died of respiratory illness due to parents’ objections and forced dance of a sick child. Police have arrested three Hijras in the incident.

It is reported that several Hijras came to Chandan Khilr’s house on Friday morning at Shilda in Jhargram. They were attacked by the news of the birth of their newborn child. The child is demanded Rs 15,000 for dancing. But if they do not agree, the coup is forcibly mounted on the couple.

Summoned by the parents’ objection, Sumon Khilar raised his baby boy in the courtyard and began to rejoice. The child becomes 20 days a month after becoming ill.

The child was rushed to Shilda Primary Hospital in a hurry. From there, the child was sent to Jhargram Super Specialty Hospital. But Sumon was pronounced dead there. It was learned that the child, named Sumon, had a heart problem.

The tragedy took place in the village on Friday afternoon. After the incident, the family filed a complaint with the police station. Already 3 Hijra have been arrested. This time. 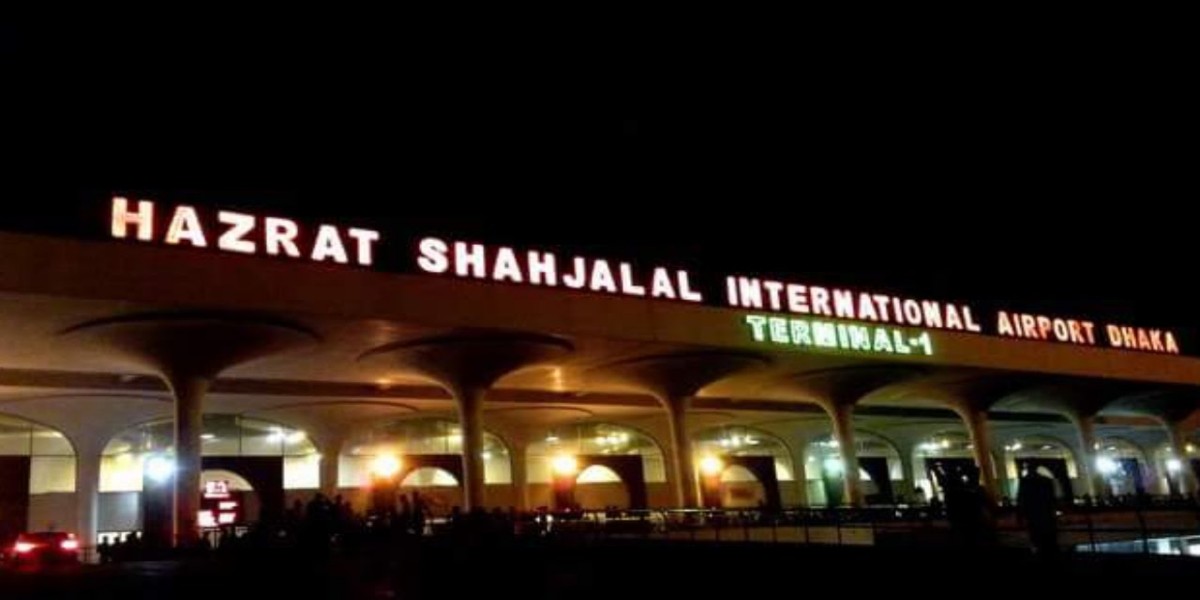